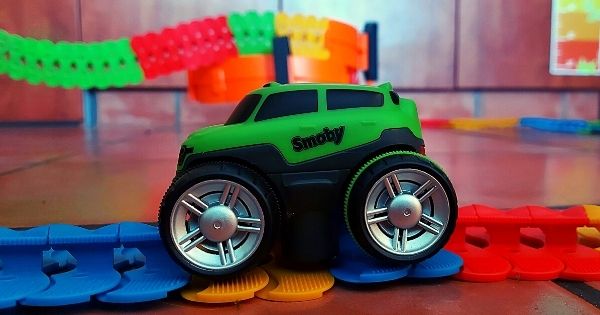 Smoby Flextreme Review – The Best Car Tracks Ever Plus Giveaway

My son loves playing with cars and he has always wanted some amazing tracks, however after purchasing a track set once that was very disappointing I never went down that road again. When I was contacted to do a Smoby Flextreme review my son and I were both so excited after watching a Youtube video of this amazing car and track system.

***Disclosure – This post is a trade exchange (the products were gifted in exchange for a review), the views remain my own*** 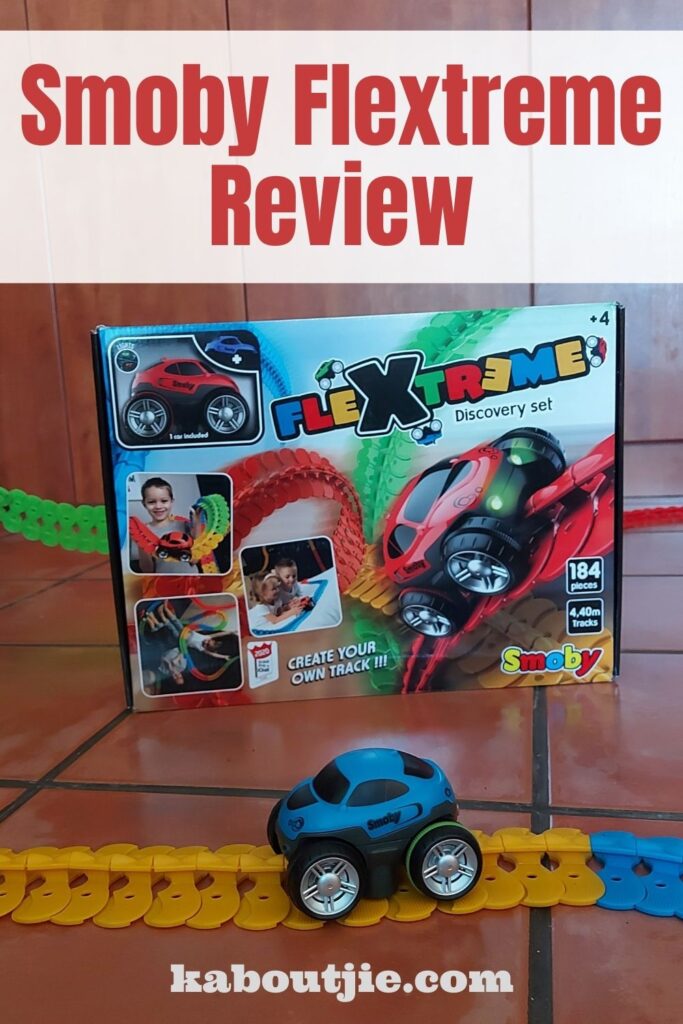 Smoby Flexteme is a cool car and track system. You create your own circuit assembling the parts together. The tracks are hardy and flexible fitting together easily. You can run the tracks over furniture and loop them upside down and to the side.

What Comes With It?

You get the Flextreme Discovery set and plenty of other sets to customize your circuit. Here’s what you get with each set:

Flextreme Superloops set – this comprises of 23 pieces that can create either a chain of loops or two loops in different places, they can be placed horizontally or vertically.

Flextreme Fixing set – 2 clamps and 3 tracks supports. The track supports can be mounted on one of the three fixing points on the clamp. The clamps are multi-grip and can be attached to almost anything such as curtains, chairs, shelves and more. This fixing set makes it possible for you to control the curve of the track to prevent sudden curvatures and prevent the risk of unhooking.

Flextreme Multi Circuit Set – this is a 6 piece an interchange, a crossing and 4 reverse parts. The reverse piece is an asymmetrical link that allows you to connect different tracks or circuits without having to take apart an already assembled track. The interchange enables you to build different options for the same circuit as well as round trips manually choosing the direction the car will take. 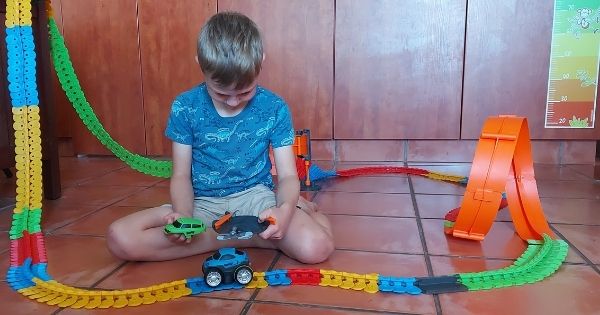 My kids and I absolutely love the Smoby Flextreme system – we received one of each of the items listed above and my kids have not stopped playing with it since it arrived. The tracks and all accessories are excellent quality and are easy to fit together to make the most amazing circuits. Every piece is hardy and won’t break easily no matter how destructive your kids are (and my kids rate pretty high on the scale when it comes to breaking things).

I love that it is so customizable, so my kids can get really creative with building their circuits. It has also provided them with an amazing learning opportunity seeing how extreme they can build their tracks while still getting the car to run properly over it. The system is very impressive but you do have to make sure that the tracks are not curved too much and that when taking the tracks up it is not too steep.

The car clips easily onto the tracks and it moves powerfully along the tracks, traveling upside down and sideways. When turned on it lights up too making it extra fun and great for night time play too!

The fact that batteries come included is a huge bonus. The amount of times my kids have received a new toy only to find out we don’t have batteries on hand are too many times to count and the disappointment is huge. My son even cried for joy when he saw the batteries knowing he didn’t have to wait to get started.

One note on the batteries though, I highly recommend you stock up or even better get some rechargeable batteries. My kids have played non-stop with this track system and run down the batteries countless times since we received it.

The Smoby Flextreme car and track system is absolutely amazing. If you are looking for the ultimate special gift for your child seriously this is it!

You can purchase Smoby Flextreme from Takealot, Toy Kingdom and Toy Zone. 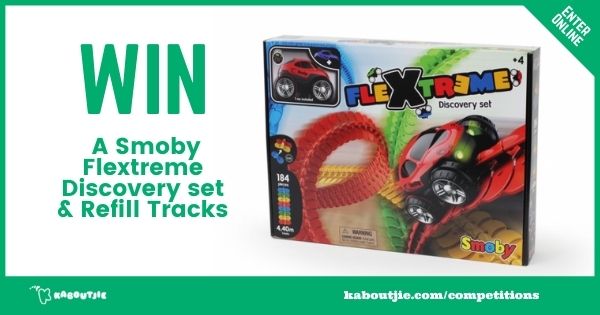 Enter your details into the form below to enter this competition.

This competition is open for residents of South Africa and Terms and Conditions apply.

The winner will be announced on our competitions page - this competition is open from:

This Competition Is Closed For Entries 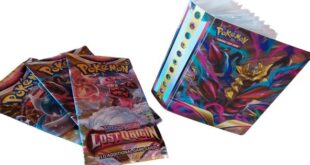 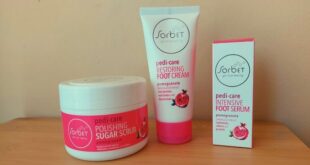 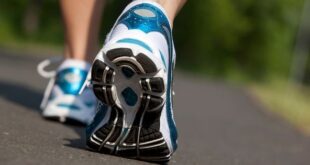 Sweatcoin Review – Can You Really Get Paid To Walk? 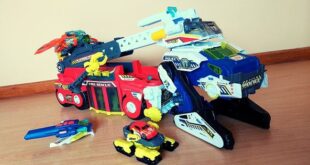