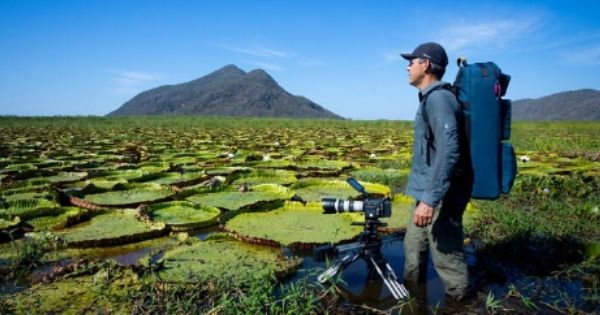 Meet Some Weird And Wonderful Plant Heroes From Around The World

The world is green, and yet people’s understanding about plants, except in a very kind of narrow way, has not kept up with that. I think this series will bring it home.”

In the Fynbos region of South Africa, what rises from the ashes isn’t a phoenix but a fire lily. Dormant underground for nearly two decades, smoke awakens the plant, which blooms just four days following a fire, with flame-coloured flowers that enjoy exclusive rights to pollinators. This extraordinary plant is captured on camera for the first time in BBC Earth’s latest landmark series, The Green Planet.

Sir David Attenborough’s incredible passion project captures the secret lives of plants as never witnessed before. Beautiful, brilliant, and at times unexpectedly brutal, meet the unseen heroes of the plant world. The six-part series, including a making-of episode, premieres on BBC Earth (DStv channel 184) on Sunday, 13 February at 16h00.

Created over the course of four years by BBC Studio’s world-renowned Natural History Unit, The Green Planet uses pioneering motion-control robotics systems to immerse viewers in an interconnected world. Get a plant’s perspective on life as you see how they count, hunt, deceive, forge friendships, and manipulate to survive.

More sophisticated than we ever imagined, this project paints a picture of plants as our greatest allies – humanity’s greatest hope.

Take a quick tour of the some of the world’s rarest and strangest plant heroes that feature in the upcoming series: 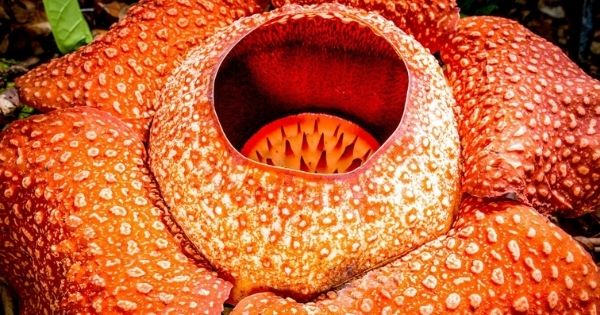 Seen in episode 1 – Amorphophallus titanium, aka the titan arum is only found in the rainforests of Borneo.

This parasitic plant is part of the genus Rafflesia. It feasts upon the flesh of other plants until it produces a massive basketball-sized bud, which opens to be the world’s biggest flower (about a metre across). Smelling like rotting flesh, the flower is bright red with warty skin. It attracts carrion flies, which settle on it, seeking decomposing meat. The flies get pollen stuck on their backs, which they carry to the next flower, thereby pollinating the parasite.

The fungi kingdom contains some 144 000 known species of organisms, many of which are truly extraordinary.

The first episode of the series features a tree from Costa Rica that is almost entirely glowing – it is being eaten by a fungus, which emits a green bioluminescent light as it digests the trees organic matter. This glow, is known locally as  ‘Chimpanzee fire’. But the most remarkable thing that fungi does is create rain. Each fungus releases thousands of spores which float through and over the rain forest. They attract moisture until this falls as rain. 90% of tropical raindrops have a fungal spore at their heart.

In episode 2, floods activate a battle to the death as seeds – previously dormant in dry mud – germinate and the race to dominate the water surface to seek sunlight begins.  The giant water lily plays dirty by sending up a spike-covered bud that whips around in vicious circles, stabbing the unsuspecting competition and pushing other plants aside. It then unfurls its giant leaf – a meter or more across – which boasts huge spines on its under-surface that spear and drown any plants that dare to drift back on its turf.  Thus, it rules the water surface and has the sun all to itself. So, it’s slightly ironic its celebrated lilies tend to be synonymous with peace. 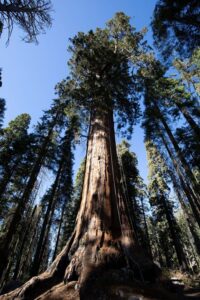 A Cathedral of Giants

In California, Sequoiadendron giganteum, also known as the giant sequoia, giant redwood and Sierra redwood, is the verified third longest-living tree species in the world. It’s seen some things!

Captured in episode 3, the oldest known giant redwood is an astonishing 3 200 years old. It was a wee sapling back in 1170 BC, around the time of the collapse of the Late Bronze Age, when heroes like Odysseus and Achilles walked the Earth.

The goliaths also grow to a whopping 99 m tall. That’s about 19 giraffes stacked on top of one another. Suffice to say, when you enter a ‘cathedral’ of these imposing treetops, they will take your breath away.

Don’t miss out on these and other extraordinary plants. Immerse yourself in their wonderous world through The Green Planet, from Sunday 13 February at 16h00, on BBC Earth (DStv channel 184). 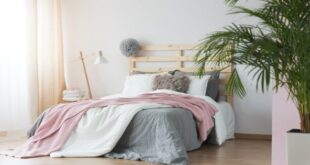 How Plants Can Help You To Sleep Better 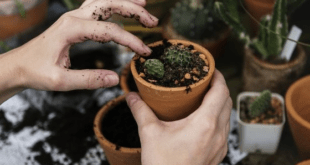 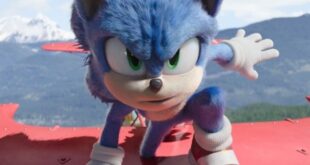